A Gradle plugin that guards against unintentional dependency changes.

A Gradle plugin that helps you guard against unintentional dependency changes.

Comparison to a baseline occurs whenever you run the dependencyGuard Gradle task.

A small single version bump of androidx.activity from 1.3.1 -> 1.4.0 causes many libraries to transitively update.

For a given configuration, you may never want junit to be shipped. You can prevent this by modifying the allowRule rule to return !it.contains("junit") for your situation.

Why Was Dependency Guard Built?

As platform engineers, we do a lot of library upgrades, and needed insight into how dependencies were changing over time. Any small change can have a large impact. On large teams, it's not possible to track all dependency changes in a practical way, so we needed tooling to help. This is a tool that surfaces these changes to any engineer making dependency changes, and allows them to re-baseline if it's intentional. This provides us with historical reference on when dependencies (including transitive) are changed for a given configuration.

This will show a list of available configuration(s) for this Gradle module.

You can choose the configurations you want to monitor.

We suggest monitoring your release configuration to know what is included in production builds. You can choose to monitor any classpath configuration with Dependency Guard.

NOTE: Checkout the "Adding to the Buildscript Classpath" section below if the plugin can't be resolved.

It's suggested to run in your CI or pre-commit hooks to detect these changes. If this task is not run, then you aren't getting the full benefit of this plugin.

If any dependencies have changed, you will be provided with the ./gradlew dependencyGuardBaseline task to update the baseline and intentionally accept these new changes.

If you have explicit test or debugging dependencies you never want to ship, you can create rules for them here.

By default, Dependency Guard tracks modules and artifacts in a list format is generated at dependencies/${configurationName}.txt.

You can customize choose to not track modules or artifacts:

The builtin Dependencies task from Gradle is :dependencies. The tree format support for Dependency Guard leverages this under the hood and targets it for a specific configuration.

The dependency-tree-diff library in extremely helpful tool, but is impractical for many projects in Continuous Integration since it has a lot of custom setup to enable it. (related discussion). dependency-tree-diff's diffing logic is actually used by Dependency Guard to highlight changes in trees.

The tree format proved to be very helpful, but as we looked at it from a daily usage standpoint, we found that the tree format created more noise than signal. It's super helpful to use for development, but we wouldn't recommend storing the tree format in Git, especially in large projects as it gets noisy, and it becomes ignored. In brainstorming with @joshfein, it seemed like a simple orded, de-duplicated list of dependencies were better for storing in CI.

Enable the tree format for a configuration with the following option:

Which Configurations Should be Guarded?

Changes to either one of these can change your resulting application.

How Does Dependency Guard Work?

Dependency Guard writes a baseline file containing all your transtitive dependencies for a given configuration that should be checked into git.

Under the hood, we're leveraging the same logic that the Gradle dependencies task uses and displays in build scans, but creating a process which can guard against changes.

A baseline file is created for each build configuration you want to guard.

If the dependencies do change, you'll get easy to read warnings to help you visualize the differences, and accept them by re-baselining. This new baseline will be visible in your Git history to help understand when dependencies changed (including transitive).

The Dependency Guard plugin adds a few tasks for you to use in your Gradle Builds. Your continuous integration environment would run the dependencyGuard task to ensure things did not change, and require developers to re-baseline using the dependencyGuardBaseline tasks when changes were intentional.

Compare against the configured transitive dependency report baselines, or generate them if they don't exist.

This task is added to any project that you apply the plugin to. The plugin should only be applied to project you are interested in tracking transtive dependencies for.

Baseline files are created in the "dependency-guard" folder in your module. The following reports are created for the :sample:app module by running ./gradlew :sample:app:dependencyGuardBaseline

Adding to the Buildscript Classpath

Snapshot versions are under development and change, but can be used by adding in the snapshot repository

Graphfity is a Gradle Plugin which creates a dependency node diagram graph about your internal modules dependencies, specially useful if you are developing a multi-module application 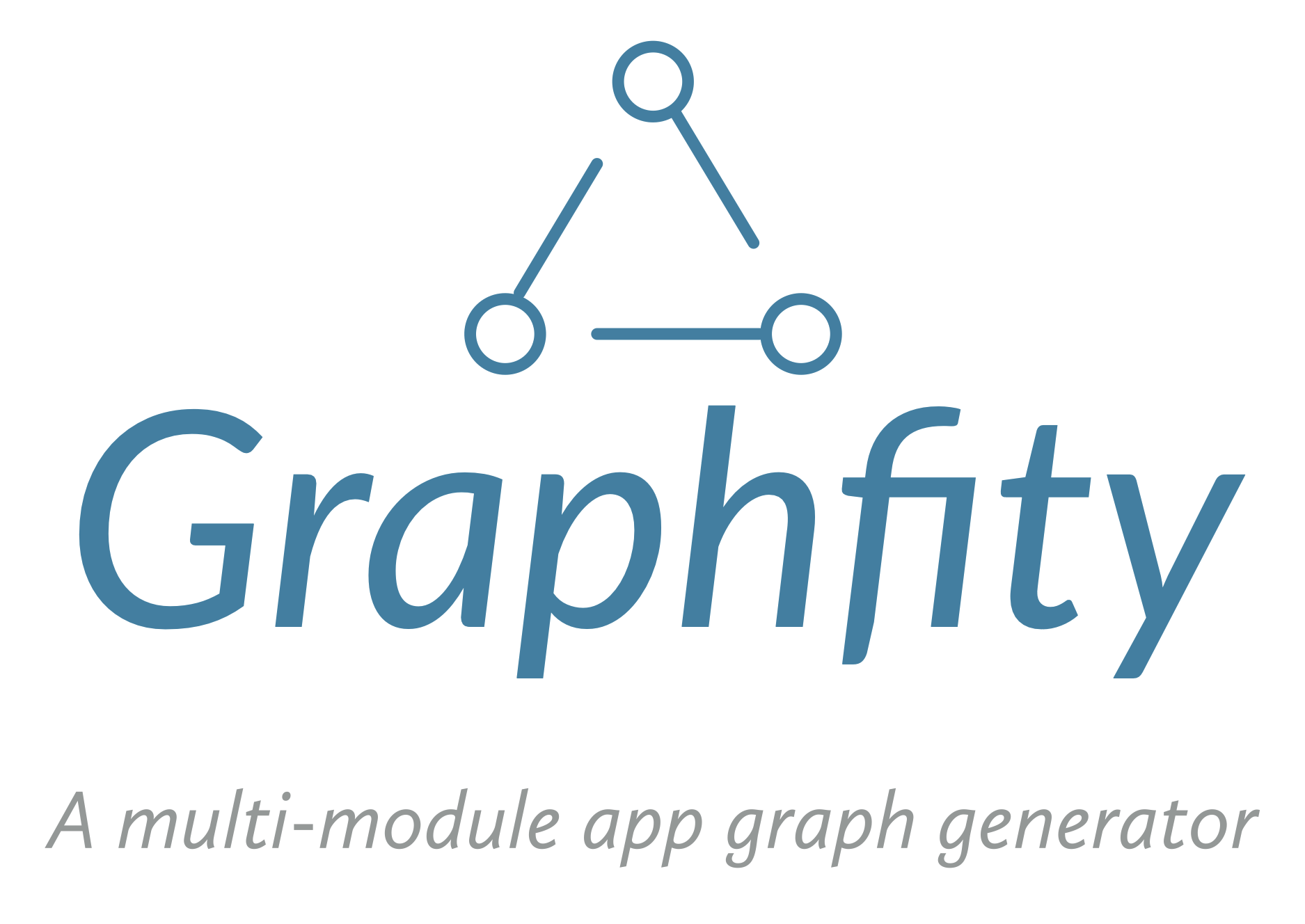 Graphfity creates a dependency nodes diagram graph about your internal modules dependencies, specially useful if you are developing a multi-module app

Gradle Plugin to enable auto-completion and symbol resolution for all Kotlin/Native platforms. CompleteKotlin Gradle Plugin to enable auto-completion and symbol resolution for all Kotlin/Native platforms. What this plugin provides This zero-conf

A Gradle plugin that improves the experience when developing Android apps, especially system tools, that use hidden APIs.

A Gradle plugin that improves the experience when developing Android apps, especially system tools, that use hidden APIs.

Grazel is a Gradle plugin to automate generation of valid Bazel files for a given Android/Kotlin/Java project.

Grazel Grazel stands for Gradle to Bazel. It is a Gradle plugin that enables you to migrate Android projects to Bazel build system in an incremental a

Artifactory is a gradle plugin to assist in developing Minecraft mods that can target different modloaders.

Artifactory Artifactory is a gradle plugin to assist in developing Minecraft mods that can target different modloaders. Currently, Fabric and Forge ar

A Gradle Plugin to determine which modules were affected by a set of files in a commit. A Gradle Plugin to determine which modules were affected by a set of files in a commit. One use case for this plugin is for developers who would like to only run tests in modules which have changed in a given commit.

EasyVersion is a Gradle plugin that manage your app or library version.

EasyVersion EasyVersion is a Gradle plugin that manage your app or library version. Before Downloading Create easy_version.json in your root project d

McImage I will continue to update, please rest assured to use 中文文档 Android优雅的打包时自动化获取全部res资源 McImage is a Non-invasive plugin for compress all res in

Gradle plugin that generates a Swift Package Manager manifest and an XCFramework to distribute a Kotlin Multiplatform library for Apple platforms.

A Gradle plugin helps to proxy all the BuildConfig fields in the Android project.

Readme A Gradle plugin helps to proxy all the BuildConfig fields in the Android project. Background In android BuildConfig, We might have different co

Gradle Plugin for publishing artifacts to Sonatype and Nexus

Introduction Due to Sonatype's strict validation rules, the publishing requirement must be satisfied by every artifact which wants to be published to

Gradle-i18n-plugin is meant for generating a JSON file with internationalized texts, based on a Google Sheet.

Gradle plugin that parses version updates and assigns them to groups of people.

Notifier Gradle Plugin This gradle plugin serves the need of automating how dependencies are handles in a project. More specifically, it functions usi

emulator.wtf Gradle Plugin Emulator.wtf is an Android cloud emulator laser-focused on performance to deliver quick feedback to your PRs. With this Gra