The goal of this project is to build mobile apps that consumes HackerNews API with Kotlin Multi-Platform technology.

My idea is to build 2-page simple mobile applications (for both iOS and Android :) ). We want to build something relatively complex enough that can represent the real-world example-ish app that also comprises of the quality of modern mobile app architecture which is implemented/powered by Kotlin Mutli-platform Mobile

The project comprises of the following modules which aims to be modularized for easier to maintain in the future.

The top level overview project structure is the following;

For the big picture, there are 2 main parts, the first one is the app modules (this includes both iOS and Android app named KNews-ios and KNew-android, respectively). The second one is the libs modules. Inside of the libs modules contains 1 module that contain a domain-specific library which relates to HackerNews API.

The core of the HackerNews library uses redux implementation in KMP named CoRed.

(*) is the final artifacts that can be used by the App which are .aar and .xcframework for debug and release buildType that will be finally consumed by the application layer for both iOS and Android app.

Both app modules use modern/declarative/cutting-edge UI toolkit that is available at this moment to develop the UI related part. They are Jetpack Compose for building Android app ( KNews-android) and SwiftUI for iOS app (KNews-ios). They are simple yet powerful toolkit for driving modern apps' UI. Both libraries are backed by modern Kotlin and Swift programming languages.

Libs module is a heart of the application where most of the logic reside. Even though this is such a simple app with 2 screens (List & Detail). There are a little interesting bit of architectural design inside due to the nature HackNews API where the API is quite barebones. Some of the interesting things are, for example, the list is comprise of calling multiple APIs. One for getting the feed items and multiple calls more by getting the detail of the items' id provided by the first API. This is not the best API to consume but it is interesting and good amount of challenge to do some business logic.

Due to the fact that we want to build both iOS & Android apps. It would be too-time consuming and too much duplicate code if we were to write the "core" library part twice in 2 programming languages. One in Swift and the other in Kotlin. Luckily, Kotlin has a multi-platform feature that can transpile/compile the Kotlin code down to the native code for Darwin. This is called a Kotlin/Native which is altogether it is called KMP . The core of this app used this technique to be able to achieve the fact that we want to share the core part of our mobile app upto the ViewModel layer which will be described in the next section.

Heart and soul of the application lies in the library hackernews (libs/hackernews) which is powered by CoRed.

CoRed is basically a Redux implementation in Kotlin KMP technology. As we want to have the best way to manage the state, we follow closely the Redux paradigm that is proven to be working by the web front-end technology.

Inside with our app, we use simple MVVM architecture where VM hold a single source of truth of the screen and how the UI should look like. The output from the core layer is a single stream that represents the UI state that UI can subscribed to. On the iOS side, it is unfortunately needed to be wrapped by the thin layer called ViewModelWrapper.

The update stream is being abstracted with a class that represents a value over time called "State" which resides in our ViewModel which lies in the code module libs/hackerNews (we can use it directly straight from the core lib).

Whenever the State object is updated with our UI state that is published from our core layer. The Compose UI's State is updated, then the UI will be rendered accordingly (and re-render as the state is updated).

The collectAsState() is a Kotlin compose extension that convert the Coroutine's flow (in our case it is StateFlow) into the State object that can be updated by Jetpack's Compose UI toolkit.

The update is being abstracted with the help of Apple's reactive solution called Combine library. The key components that make the Swift UI toolkit update the view tree accordingly are the ObservableObject and @Published. This represent with a ViewModel wrapper layer (eg. For the list screen, it is HackerNewsListViewModelWrapper and for detail screen it is HackerNewsDetailViewModelWrapper).

As you can see now that we have converged things to the point where things are pretty similar on both iOS and Android, we are publishing something that will change over time from the core library. Then, we convert them into the abstraction data type that can react to our UI toolkit (Jetpack Compose and SwiftUI)

To recap, this is the table represents what we are discussing so far.

For the List screen specifically, the T type variable will be substituted with our defined "state" object which is ListUiState which is hidden in our KMP (which is able to generate for iOS and Android usage ) module.

In our VM, as our application grows managing state in a plain code could be very challenging. Our VM is powered by predictable state handling strategy which is known as Redux. The idea behind Redux is simple. Make the state changes as confined / specific as much as possible through the help of Redux abstraction, eg. Reducer. We will be discussing about this more in detail inside Redux's README file.

Inside our View is a Redux's store, that encode how we interact with our store with Action, then we use the Action to mutate our State in a pure function called Reducer. In the Reducer, we define how our Action will change our State. If we want to interact with the external dependency (such as interact with side-effect), we can use Middleware to do so.

As one of the main goal of this project, we are trying to minimize the 3rd party dependencies used in this project. However, the big ones are the ones from Kotlin team like Kotlin standard library and Kotlinx (Kotlin extension).

Just to simplify the build process and the way that we work with core libraries, we have created Makefile so it is easier to execute command from the CLI (underneath it is used the gradlew command). This make task will also run tasks like compile, build and verify tests then generate the final artifact(s) for you.

Also, due to the fact that we use newer version of Gradle for Jetpack compose support, you will need a canary version of Android Studio (2020.3.1 or later) if you want to sync/build the project with IDE;

E.g. This is the environment that we currently use as of April 2021.

For building only core libraries:

For building for Android app:

For install and launch Android app:

Please make sure that you have adb install in your path. If you don't know how, please consult this SO's answer.

For building for iOS app:

The output will be something like the following, this means that the .xcframework is generated correctly.

In the case, you can't install the iOS app from the command line (either you don't want to or you don't have necessary xcode-install tool), please move to the .pbxproj, then you should be able to run the iOS on Xcode like usual.

For install iOS app: (with the command-line tool)

The make install_ios command is also build the app and install into the iPhone 11, iOS 14.4 as described in the Makefile -destination 'platform=iOS Simulator,name=iPhone 11,OS=14.4' \. You will need to launch the app by yourself however. Make sure that you have such simulator ready or the installation will be failed. This repository serves as template and demo for building android applications for scale. It is suited for large teams where individuals can work independently on feature wise and layer wise reducing the dependency on each other. 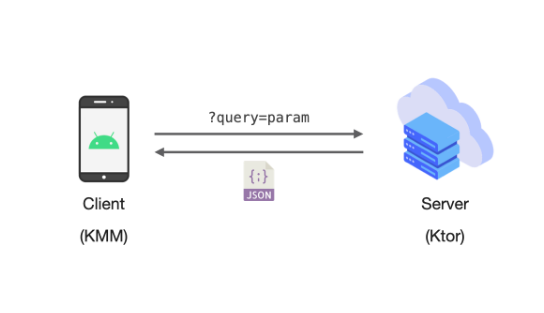 Kotlin-Everywhere: Kotlin Programming Language Cross-Platform Development This is still a WIP but the idea is to create a tiny KOTLIN project that cou

A fully-customizable Open-Source Android application platform with plethora of animation and customizations for all kinds of community events like technical fests, college programs and competitions. Modify and Build as per your requirements without coding from scratch!.

Plannr is an organizational platform developed using Java, in the form of an Android app, that helps university students coordinate their everyday routine. Plannr Plannr is an organizational platform developed using Java, in the form of an Android app, that helps university students coordinate their every

Camunda Platform 7 WebApp Auto-Login Auto-login feature for development Why should you use it? Because otherwise, you need to type again and again "ad

KmpIO This is a Kotlin multiplatform (KMP) library for basic Text file, Binary file, and zip/archive file IO. It was initially implemented with the an

This project is to create a system that uses DeFi technology to enforce contracts.

This project is to create a system that uses DeFi technology to enforce contracts. Users will be able to set up contracts between each other, this includes an escrow service for payments. If users disagree over whether a contract was fulfilled, a jury appointed by the system will make the final decision.

amigo-platform This is the home of the amigo-platform which serves as the main service for the amigo multimedia platform. Authentication with JWT Toke

PneumoniaClassifier A deep learning based mobile application for the multi-class classification of pneumonia into three categories via Chest X-rays. W

ZX0-Kotlin ZX0-Kotlin is a multi-thread implementation of the ZX0 data compressor in Kotlin. Requirements To run this compressor, you must have instal

For Kotlin with SpringBoot project that have multi-module-structure template