Redux is a predictable state container for JavaScript apps. (Not to be confused with a WordPress framework – Redux Framework)

It helps you write applications that behave consistently, run in different environments (client, server, and native), and are easy to test. On top of that, it provides a great developer experience, such as live code editing combined with a time traveling debugger.

You can use Redux together with React, or with any other view library. It is tiny (2kB, including dependencies), and has a rich ecosystem of addons.

Redux Toolkit is our official recommended approach for writing Redux logic. It wraps around the Redux core, and contains packages and functions that we think are essential for building a Redux app. Redux Toolkit builds in our suggested best practices, simplifies most Redux tasks, prevents common mistakes, and makes it easier to write Redux applications.

For the Redux core library by itself:

The Redux docs are located at https://redux.js.org:

For PDF, ePub, and MOBI exports for offline reading, and instructions on how to create them, please see: paulkogel/redux-offline-docs.

The Redux Essentials tutorial is a "top-down" tutorial that teaches "how to use Redux the right way", using our latest recommended APIs and best practices. We recommend starting there.

The Redux Fundamentals tutorial is a "bottom-up" tutorial that teaches "how Redux works" from first principles and without any abstractions, and why standard Redux usage patterns exist.

The #redux channel of the Reactiflux Discord community is our official resource for all questions related to learning and using Redux. Reactiflux is a great place to hang out, ask questions, and learn - please come and join us there!

Redux is a valuable tool for organizing your state, but you should also consider whether it's appropriate for your situation. Please don't use Redux just because someone said you should - instead, please take some time to understand the potential benefits and tradeoffs of using it.

Here are some suggestions on when it makes sense to use Redux:

For more thoughts on how Redux is meant to be used, please see:

Dan Abramov (author of Redux) wrote Redux while working on his React Europe talk called “Hot Reloading with Time Travel”. His goal was to create a state management library with a minimal API but completely predictable behavior. Redux makes it possible to implement logging, hot reloading, time travel, universal apps, record and replay, without any buy-in from the developer.

Redux evolves the ideas of Flux, but avoids its complexity by taking cues from Elm. Even if you haven't used Flux or Elm, Redux only takes a few minutes to get started with.

The whole global state of your app is stored in an object tree inside a single store. The only way to change the state tree is to create an action, an object describing what happened, and dispatch it to the store. To specify how state gets updated in response to an action, you write pure reducer functions that calculate a new state based on the old state and the action.

Instead of mutating the state directly, you specify the mutations you want to happen with plain objects called actions. Then you write a special function called a reducer to decide how every action transforms the entire application's state.

In a typical Redux app, there is just a single store with a single root reducing function. As your app grows, you split the root reducer into smaller reducers independently operating on the different parts of the state tree. This is exactly like how there is just one root component in a React app, but it is composed out of many small components.

This architecture might seem like a lot for a counter app, but the beauty of this pattern is how well it scales to large and complex apps. It also enables very powerful developer tools, because it is possible to trace every mutation to the action that caused it. You can record user sessions and reproduce them just by replaying every action.

Redux Toolkit simplifies the process of writing Redux logic and setting up the store. With Redux Toolkit, that same logic looks like:

Almost all examples have a corresponding CodeSandbox sandbox. This is an interactive version of the code that you can play with online.

“Love what you're doing with Redux” Jing Chen, creator of Flux

“I asked for comments on Redux in FB's internal JS discussion group, and it was universally praised. Really awesome work.” Bill Fisher, author of Flux documentation

“It's cool that you are inventing a better Flux by not doing Flux at all.” André Staltz, creator of Cycle

Special thanks to Jamie Paton for handing over the redux NPM package name.

You can find the official logo on GitHub.

This project adheres to Semantic Versioning. Every release, along with the migration instructions, is documented on the GitHub Releases page.

The work on Redux was funded by the community. Meet some of the outstanding companies that made it possible:

See the full list of Redux patrons, as well as the always-growing list of people and companies that use Redux.

Redux is a predictable state container for JavaScript apps.

TSBattery a new way to save your battery avoid cancer apps hacker it.

An Android App which is capable of accessing system apps

Android_Project_Kotlin In this Project I am building an Android App which is capable of accessing system apps. This project is written in Kotlin and I 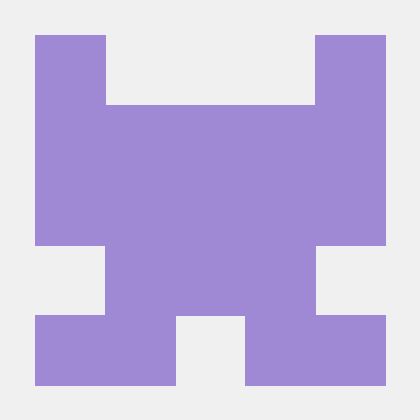 Simple Design for Kotlin bridge with Javascript. Also can get javascript console.log.

SDBridgeJava is here. If your h5 partner confused about how to deal with iOS and Android. This Demo maybe help. bilibili video introduction is here. Y

Barista makes developing UI test faster, easier and more predictable. Built on top of Espresso, it provides a simple and discoverable API, removing most of the boilerplate and verbosity of common Espresso tasks. You and your Android team will write tests with no effort.

MaterialRecents Easy to use adapter container. For details check the sample code. Uses CardView, works on all Android versions back to Froyo. I was as

Arc Layout is a view group with which you can add a arc-shaped container in your layout.

ArcLayout Arc Layout is a view group with which you can add a arc-shaped container in your layout. Two main variables are the direction and the curvat

ExpandableSelector is an Android library created to show a list of Button/ImageButton widgets inside a animated container which can be collapsed or expanded.

Loading layout is a container view that manages easy switching between loading, completed and other states of your screen with a single line.

Loading layout is a container view that manages easy switching between loading, completed and other states of your screen with a single line.

This is a set of minimal scripts to run the emulator in a container for various systems such as Docker, for external consumption. The scripts are compatible with both Python version 2 and 3.

MockService The lightweight service for creating a standalone mock, written in pure Kotlin with Netty container. The service allows getting config fil 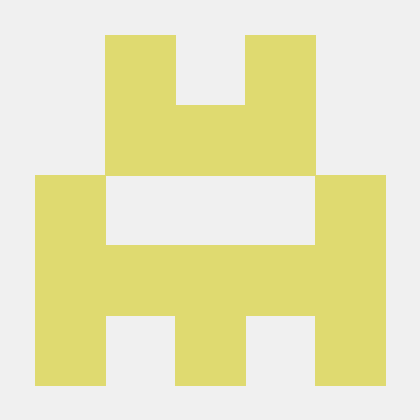 Mizuki A high-performance Android system parasitic container. This is a project idea that will be realized in a few years time. License GPL-3.0 Copyri