This library is DEPRECATED, as I don't have time to mainatin it anymore. But feel free to go through the code and copy that into your project, it still does its job.

Titanic is an Android experiment reproducing this effect.

Add a TitanicTextView to your layout:

To start the animation:

You may want to keep track of the titanic instance after the animation is started if you want to stop it.

How does it work?

Titanic is a simple illusion obtained by applying an animated translation on the TextView TextPaint Shader's matrix.

What is a Shader?

A Shader is a class defining spans of colors. It is installed in a Paint. It's usually following a certain strategy, so you have LinearGradient shaders, RadialGradient shaders BitmapShader shaders, etc...

Why are you bugging me with these notions?

Well because it is exaclty what we are using in this experiment.

In TitanicTextView, we create a BitmapShader containing a wave bitmap.

We set the tile mode to:

We have a maskX and a maskY variable that will define the position of the shader. So at every onDraw() we will take in account these values and translate the shader's local matrix at the right position.

We also have a variable offsetY to make the value maskY usable. So when maskY is equal to 0, the wave is at the center of the view.

How is it animating?

The animation is based on Android Animator API. I am not going to go through that part. Go read the documentation if you need some explanations.

In this experiment there are 2 animations.

To animate these translations, all we need is to apply an animator on maskX and maskY. The position of the shader's matrix will be updated automatically in onDraw().

Glad you said that. Go check out Shimmer-android. It's based on the same concept with a LinearGradient shader.

See the sample for a common use of this library.

() An Android TextView with a shimmering effect

Shimmer for Android This library is DEPRECATED, as I don't have time to mainatin it anymore. But feel free to go through the code and copy that into y android-ago This library provides RelativeTimeTextView, a custom TextView that takes a reference time and always displays the relative time with respe a super textview for android HTML Builder Build valid HTML for Android TextView. Description There is a lovely method on the android.text.Html class, fromHtml(), that converts HTM

A TextView that automatically resizes text to fit perfectly within its bounds. A Custom TextView with trim text 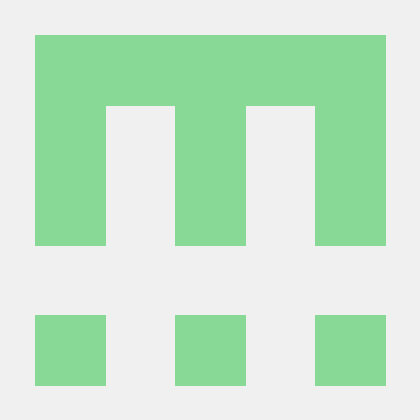 A library to show emoji in TextView, EditText (like WhatsApp) for Android

Discontinued This projected is discontinued. Please consider using other alternative, i.e EmojiCompat. Contact me if you want to continue working on a

This is based on an open source autosizing textview for Android.

SizeAdjustingTextView This is based on an open source autosizing textview for Android I found a few weeks ago. The initial approach didn't resize mult

An extension of Android's TextView, EditText and Button that let's you use the font of your choice

AnyTextView (deprecated) Note: AnyTextView is no longer being maintained. I recommend replacing AnyTextView with the Calligraphy library instead. Frus

Simple way to create linked text, such as @username or #hashtag, in Android TextView and EditText

Lightweight android library for highlighting sections of a textview, with optional callbacks.