This project aims to reimplement JSON Forms in Kotlin for use in Compose-based applications. Rather than defining its own formats or standards, this repo adopts JSON for form configuration and layout of well-known or standardized formats. Form fields and validation is provided in JSON Schema format, and the way the form is laid out and displayed is through JSON Forms format format. Using JSON as as the form definition gives an easy, portable way to display and dynamically change forms in your application.

This repo aims to support all features of the original JSON Forms library, which is written in Javascript, as well as following similar architectural patterns. For all topic related to the JSON format itself, that library's documentation will be a valid reference for this library.

See the video below for an example form in action:

Currently, JSON Schema validation is provided by the JVM-only json-kotlin-schema, so is only available for JVM-compatible targets. In following the architecture of the original JSON Forms library, the core functionality is not tied to any particular UI framework, and displaying forms in Compose is an extension on top of the core library.

Kotlin JSON Forms is currently available for Compose on Android and Desktop platforms. Adding support for Compose Web is planned.

See the website for detailed documentation and usage instructions.

This project depends on the following libraries:

Kotlin extensions for Moshi, Make every thing you want with Moshi in just one line.

Kotlin extensions for Moshi, Make every thing with square / Moshi in one line.

Pojson is a kotlin library for json prototyping. It brings DSL for building JsonObjectPrototype and JsonArrayPrototype. Prototypes don't reference to any json object/array models.

A Shopping cart library for Android that allows you add to add items to cart and retrieve at ease using JSONObjects.

Carteasy A Shopping cart library for Android that allows you add to add items to cart and retrieve at ease using JSONObjects. Quick Start Add the foll

Compose EasyForms Focus on building your form UI while the library do the heavy work for you. Features Built in support for most of the Form widgets i

Android-AnnotatedSQL Android library for auto generating SQL schema and Content Provider by annotations. You will get a full-featured content provider 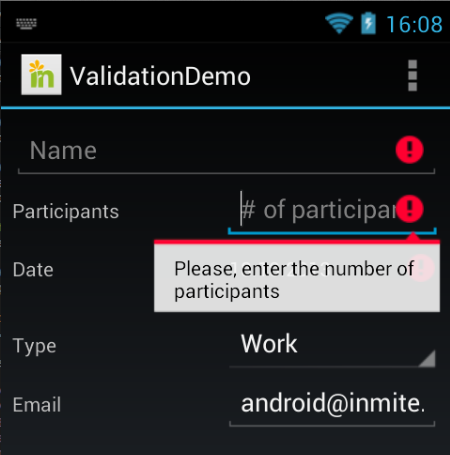 ValidationKomensky for Android A simple library for validating user input in forms using annotations. Features: Validate all views at once and show fe

Android Material Json Form Wizard is a library for creating beautiful form based wizards within your app just by defining json in a particular format. 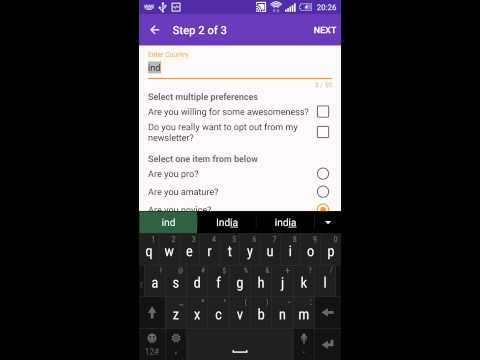 JsonToKotlinClass Hi, Welcome! This is a plugin to generate Kotlin data class from JSON string, in another word, a plugin that converts JSON string to 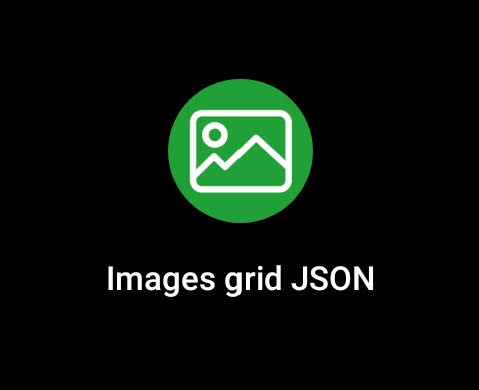 Gradle-i18n-plugin is meant for generating a JSON file with internationalized texts, based on a Google Sheet.

A demo project which demonstrates the work of javax.servlet.Filter capable of escaping / modifying / removing a part of JSON request based on specified criteria.

Replace Filter Demo A demo project which demonstrates the work of javax.servlet.Filter capable of escaping / modifying / removing a part of JSON reque

An Easy-to-use Kotlin based Customizable Modules Collection with Material Layouts by BlackBeared.

DMIV aims to provide a flexible and customizable instrument for automated images moving on display. It provides scroll, gyroscope or time based moving. But you can create your own evaluator.

Lychee (ex. reactive-properties) Lychee is a library to rule all the data. ToC Approach to declaring data Properties Other data-binding libraries Prop

Lychee (ex. reactive-properties) Lychee is a library to rule all the data. ToC Approach to declaring data Properties Other data-binding libraries Prop

A modern JSON library for Kotlin and Java. 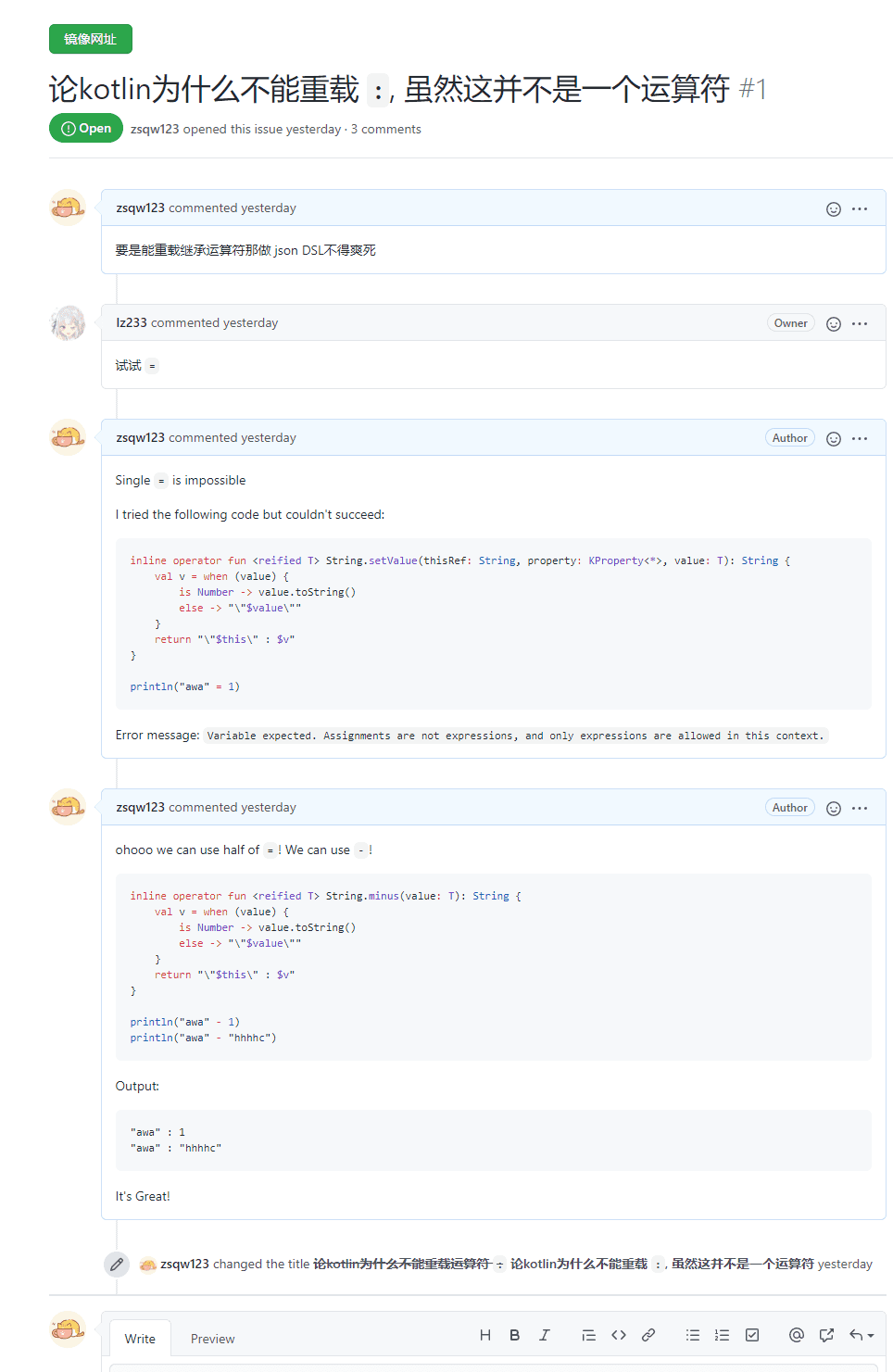 ig-json-parser Fast JSON parser for java projects. Getting started The easiest way to get started is to look at maven-example. For more comprehensive

Generate a JSON bookmarks document from a GitHub user

Github to bookmarks This little webapp will generate a JSON bookmarks document from a GitHub user. This is intended to be used with bbt. An instance i