Muirwik gets it name from being a Material UI React wrapper written in Kotlin.

For more information, see the above links (particularly Material UI as its documentation will be important in terms of figuring out how this works.

Also see the Kotlin Wrappers page, as this project uses most of the wrappers there.

A couple of screenshots have been added to the wiki page.

At time of writing using the IR-Compiler with the Kotlin Wrappers, particularly the React Wrappers, has some issues (or at least requires some extra code to make things work properly).

These changes have been added to a new branch (IR-Compiler) and have now been merged into master. In other words, the master branch now works with the IR Compiler and with the Legacy compiler, so the IR branch is now no longer needed.

At time of writing, the IR compiler is still alpha and does not yet support incremental compilation. For this reason, during development, it is faster (in terms of edit/rebuild/view result cycle) to use the legacy compiler.

The version release to Maven Central will be built with js(BOTH). Projects using Muirwik should therefore be able to use js(LEGACY) or js(IR).

A good place to get started is to look at the separate starter app project which is a minimal example to get you going. You don't even need to clone/use this repository at all, the starter app is all you need to use the components.

Adding Muirwik as a dependency

Add the Muirwik dependency to your own app as follows: (Note: in Kotlin 1.4.0 and earlier, the kotlin-styled version was 1.0.0 instead of that shown below)

If you want to get the source of Muirwik and compile locally, you can do the following.

Note that the muirwik-testapp is a good source of information on how to use the components.

Make sure you have java, git and the yarn package manager installed (and not the yarn that comes with cmdtest in Ubuntu :-)), then the following should work (possibly may also need npm installed):

In Windows, it is probably (but have not tried it) more like:

Note that I have not taken the time to make the demo app perfect. Some components could be laid out better. To see what is possible, see the Material UI demo.

I started this off as a process to learn Kotlin. I wanted to do some web development and in the past used things like Vaadin and before that a small amount of facelets and jsf.

Watching David Ford's KotlinConf Videos got me started down the Kotlin javascript and React trail... I have learnt lots of things along the way (and still have much more to learn!).

By reading the above, you will note that I am no Kotlin, javascript (and by extension, node or webpack) expert... there has been lots of leanings along the way, and I no doubt have done things in not the most perfect way.

Switching from create-react-kotlin-app to using Gradle, yarn/npm and webpack directly also added to the learning curve but helped in the long run. This was inspired after watching Gaetan Zoritchak's talk.

However, what this is, is a working multi-module Kotlin DSL gradle build that wraps quite a large javascript material design library. It provides a working demo app (see screenshots) and starer app which is quite a good starting point for real applications... (at least I think so). Quite a few hours were spent just trying to make the basic development workflow work.

Well, lots really, but as mentioned, it is in a working state as it is...

There are none, zip, zero, naught. The Material UI framework has them, but other than the test app, which is for user based testing and experimentation, there is nothing else. I am not familiar with any javascript testing framework, so the only way I have tested thus far is with the demo app.

State management via Redux (or something) is something I have been meaning to look into. In the test app, most of state is in local vars rather than in State objects. I tried both, but saw no real benefit in the state objects rather than state vars. It didn't seem to help with hot module reloading either. It didn't seem to help with anything much. Perhaps, with Redux it might all be quite different... it would be nice if Hot Module Reloading worked with state (as seen in various React videos) and maybe it would with Redux, but I have not gone down that track yet.

Talking of HMR, I have it enabled in the development workflow... even without reloading of current state, it does reload the app better than without it.

Feedback and contributions are welcome :-). 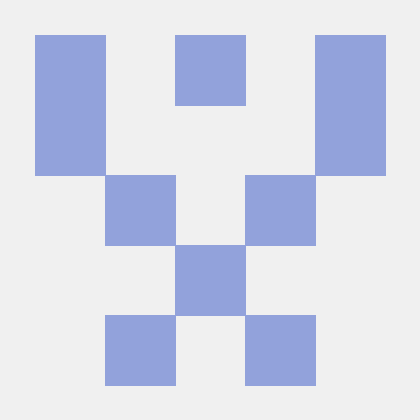 An implementation of tap targets from the Material Design guidelines for feature discovery.

A library that provides an implementation of the banner widget from the Material design.

MaterialBanner A banner displays a prominent message and related optional actions. MaterialBanner is a library that provides an implementation of the

A material Switch with icon animations and color transitions 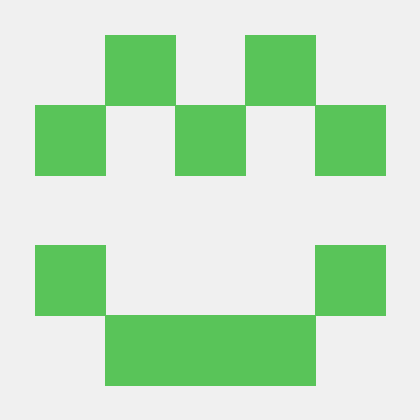 A simple library to add Emoji support to your Android Application

Emoji A library to add Emoji support to your Android app. Emojis can be picked in a PopupWindow. In order to edit and display text with Emojis this li

Flashbar A highly customizable, powerful and easy-to-use alerting library for Android. Specs This library allows you to show messages or alerts in you

Mobile Kotlin widgets This is a Kotlin MultiPlatform library that provides declarative UI and application screens management in common code. You can i

:balloon: A lightweight popup like tooltips, fully customizable with an arrow and animations.

Balloon ?? A lightweight popup like tooltips, fully customizable with arrow and animations. Including in your project Gradle Add below codes to your r

Android WebView wrapper based on chromium

ChromiumWebView Android WebView wrapper based on chromium Notice This is just a experimental project, don't use it in product. If you have problem whe